(Grand Prieuré Scandinave) is an autonomous Grand Priory in the Knights Templar. It was formed February 19, 1981 when Gert Grotte, Grand Cross Knight of the Knights Templar received the appointment letter for the Nordic countries - Denmark, Finland, Norway and Sweden of words Regent Fernando de Sousa Fontes. Grand Prior General united a number of knights who for decades existed in Grand Priories countries.

Welcome to the Grand Priory of Scandinavia 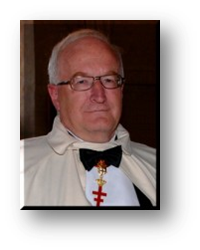 In the Nordic Grand Priory of the Knights Templar, we are now more than 500 volunteers active male and female knights from Denmark, Finland, Norway and Sweden. We are in turn part of a larger, international Knights Templar, based in Portugal.

The words have a historical connection to military activities and today's Nordic knight as well. Knights overall background as professional or reserve officers - priests, doctors, lawyers, business leaders, etc. will be very useful in our efforts to do good - and right.

Grand Priory correspond regularly with the Knights Templar internationally and interact with other Priorat within the Order.

Grand Priory of Scandinavia participate annually in the Knights of the Order of international conventions and arrangements.

We regularly receive questions regarding our business and our historical link to the original Knights Templar founded in 1118. Here you will find frequently asked questions (FAQs).