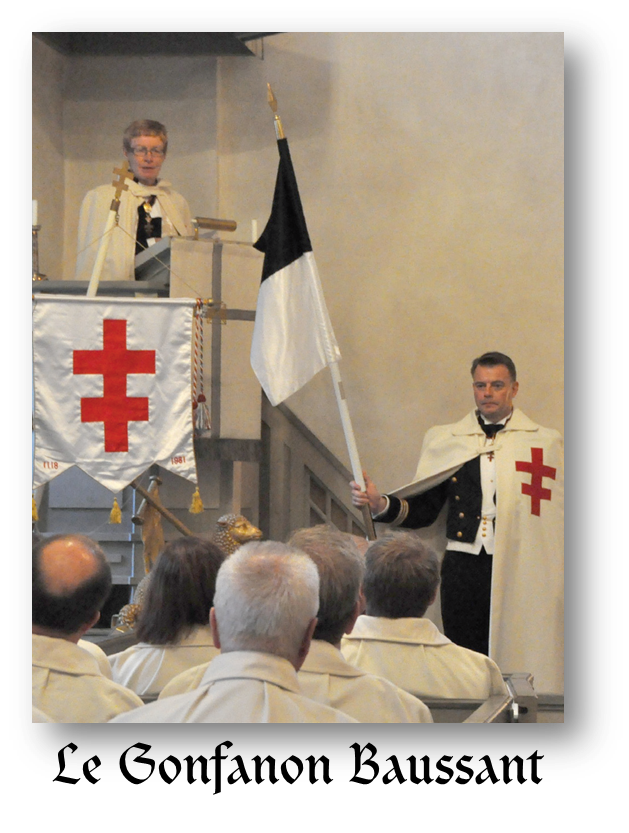 The Knights Templars black and white standard was well known and feared.

The banner was rectangular, with the long side attached to the rod and divided into two fields: the upper part black, lower white. The colors were chosen to commemorate both the Apostle Johannes, whose anniversary falls near the winter solstice, and John the Baptist, which is celebrated in conjunction with the summer solstice. The banner symbolizing thus the victory of light over darkness - the good forces, defeating the evil counter-forces.

The adjective "baussant", meaning "two-color", "black and white" is an interesting, and I think little known, etymology. In a diversion from the Latin "balteus", meaning "stripe; belt" is the French word "Balzan, -e". This word means both vitfotad black (or red-brown) horse, one hand ("balzane") white spot on horses foot. So are the colors of a white and black horse gave its name to the Knights of the Order traditional standard!

The word "baussant 'appears in dozens of variants:" baucens; bauçant; Beaucens "etc. In the" Dictionnaire historique ... "warned of the sometimes occurring spelling" beauséant, "which can lead to the erroneous interpretation" bien séant ", about "beautiful seat."

From the article "The Hjälmvisiret" by Jan Rosenberg, Grand Officer
Photography by Bjorn Liszka, Commander